SeniorsDANCE Company is a community performance group for seniors 60 and over. It works on a project by project basis and gives opportunities for those who enjoy performing. There is no audition process, all who want to perform and can commit to the classes and rehearsals are welcome to participate.

Susan Jordan is the Artistic Director and Choreographer for SeniorsDANCE Company.  Email susan@seniorsdance.nz if you are interested in performing.

ASPiRE wonderfully celebrated the International Day of the Older Person 2022 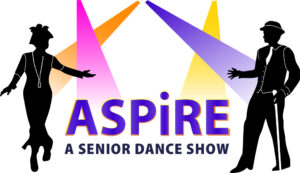 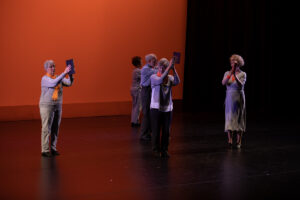 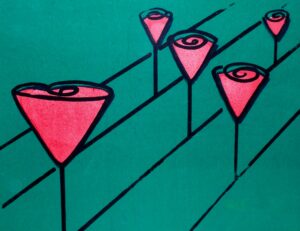 Poppy Dance is a poignant dance of remembrance and loss that reflects the life of women left to keep the home front alive during WWII. It is an extract from a longer work called Cry Peace Choreographed by Susan Jordan with music by Norm Fitzgerald originally staged in Wellington in 1984. Thanks for funding from Albert Eden Local Board 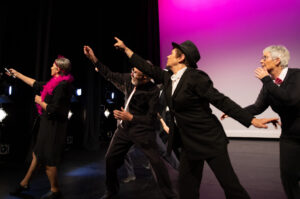 Miss Fisher, the TV detective story, motivated this fun dance performed in ASPiRE on 23 May at TAPAC

Journeys Framed premiered at the ASPiRE show and then for Auckland’s Heritage Festival at Highwic House and later at Alberton House.  Based on the stories of Pakeha migration to Aotearoa during the 19th Century, many  of whom were middle and working class, came by sailing ship, were without great wealth but managed to established themselves in this new country.

6 performances of BookEnds were presented during 2019 NZ Dance Week 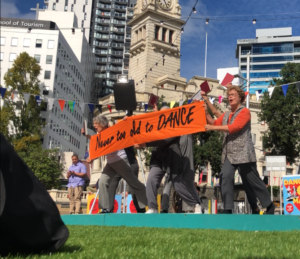 BookEnds in Aotea Square on the Dance-o-mat

Glass Ceilings was choreographed in commemoration of 125 years of Women’s Suffrage with music by Ruth Crawford Seeger. Seven performances in a variety of venues including libraries and was well received especially in the ASPiRE show. The six performers were Briar Wilson, Dick Lane, Gillian Taylor, Jocelyn Cullen, Mary Inomata and Phyllis Olsen

Hunters & Gatherers is a new work that humorously reflects on how we acquire our food in the 21st century often causing environmental chaos, with huge amounts of plastic and what the alternatives are.  Eight performances were inside supermarkets during NZ Dance Week and were hugely successful! Performers were Anna John, Dick Lane, Elizabeth Croft, Liz Nicholson, Marin Adams and Renata Dealy.

This work has received funding from the Albert-Eden Local Board
and is made possible by the support of Countdown and Pak ‘n Save supermarkets.

Congratulations to the performers in SeniorsDANCE Company in Short + Sweet Festival. It was the first time they have performed on stage under lights and it went very well. TheatreView commented that “Choreographer Susan Jordan has an ace up her sleeve with the charismatic performers of the SeniorsDANCE Company. Her Jumping to Conclusions has a powerful message, however, it is unfortunately interpreted as comedy, and needs more rehearsal and tighter unison to really hit home.”    Performers were  Alan Duncan, Briar Wilson, Diana Kells, Dick Lane, Elizabeth Croft, Gillian Taylor, Jocelyn Cullen, Liz Nicholson.

Bike Ballet  was a huge success at the six free performances in Aotea Square as part of NZ Dance Week. The six dance riders are Dick Lane, Liz Nicholson, Michael Adams, Barbara Grace, Sydney Kingi and Marin Adams were wonderful and they had fun performing.

Thanks to Creative Communities for funding towards this work.

Poppy Dance was performed again on ANZAC Day Tuesday 25th April on the Dance-O-Mat in Aotea Square and then again in the Cloud after the World Masters Games ANZAC Service. The six dancers in this work are Briar Wilson, Diana McPherson, Kerry-Ann Stanton, Liz Nicholson, Marin Adams and Dick Lane.  It is a poignant work about loss and the futility of war. 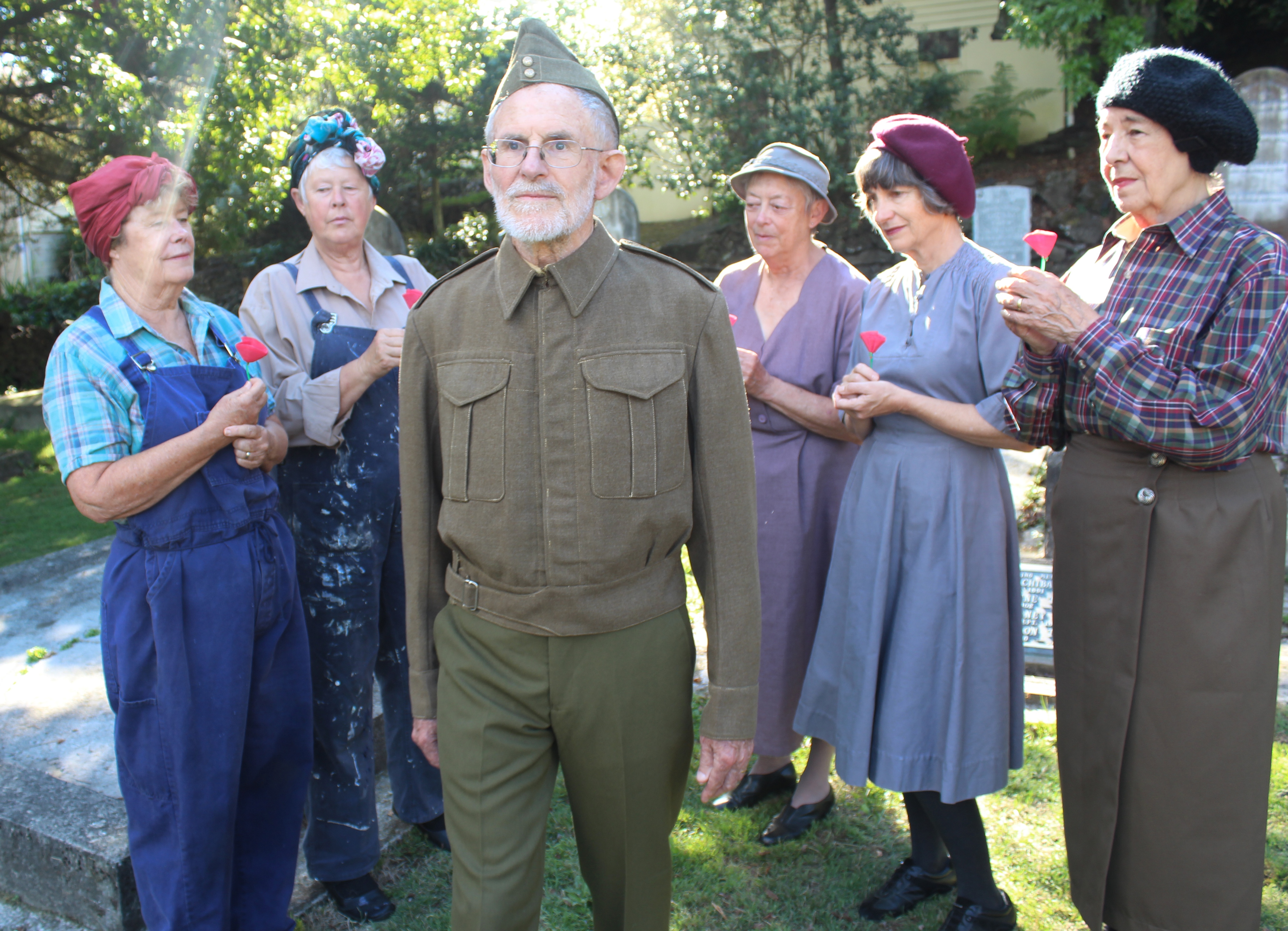 BookEnds was performed in six Auckland Libraries for International Day of the Older Person (IDOP) on 1 October 2016, and will be kept in repertoire for other performance opportunities. Dancers in 2016 were Briar Wilson, Margaret Antunovich, Marin Adams, Dick Lane, Liz Nicholson, Gillian Taylor, Jocelyn Cullen. 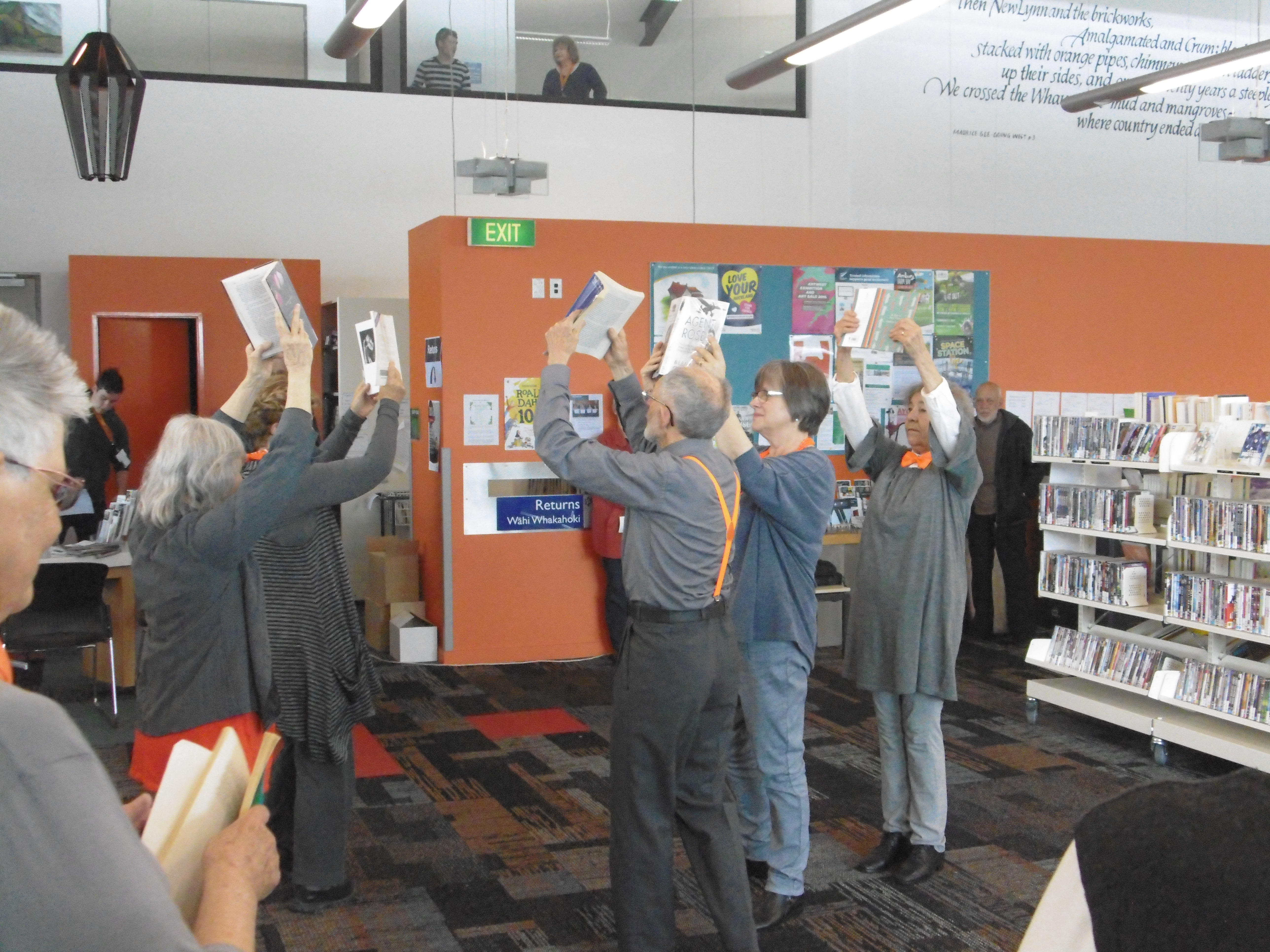 Poppy Dance was performed at the Auckland War Memorial Museum on ANZAC Day 2016 and will be kept in repertoire for other performance opportunities. 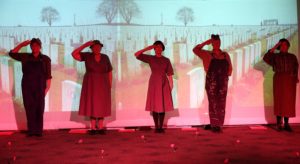 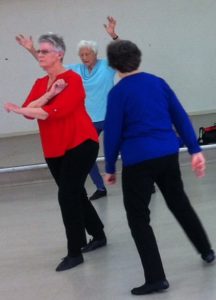